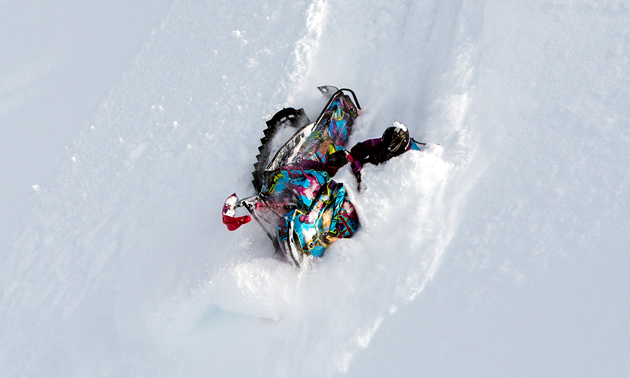 Kelsey Elliott rides with a solid crew of backcountry freeriders, and it shows in her confidence to sling a sled around. Rob Alford photo

With her purple hair and many tattoos, Kelsey Elliott, 25, is easily recognizable—especially given her penchant for sharing photos frequently on Instagram and Facebook. But it isn’t the distinctive look that has her standing out these days, it’s her go-for-it attitude and deep, abiding passion for ripping it up on the mountain. Hanging with a solid crew of rippers, she has found the perfect petri dish for growing her backcountry skills and pushing her riding, a constant state of evolution as a person and rider.

Octane in her veins

Born and bred on a steady diet of fuel, Elliott grew up in an environment that was all about high-octane, throttle-heavy fun. At the tender age of five, her father introduced her to freeride sledding with a trip up the mountains of Valemount, B.C. By the time she hit seven, she was tearing it up on her very own whip—a ’93 Arctic Cat 550, and at 16, the big pink Slednecks decal covering her truck’s rear window was pointing to her future life’s direction. With octane running in her family’s blood, it shouldn’t be surprising that at the age of 18 she was behind the wheel of her own blown alcohol funny car. 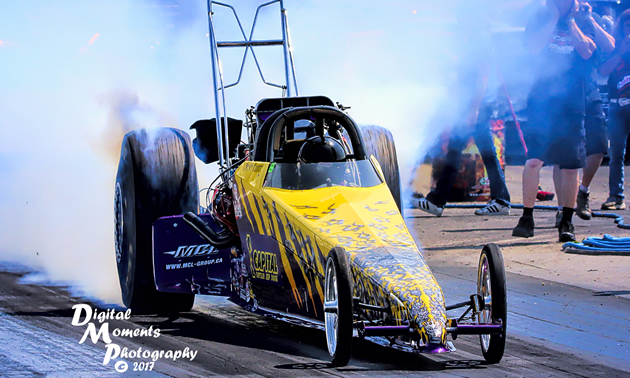 Elliott was behind the wheel of her own blown alcohol funny car by the time she was 18. Don Maleshko photo

Mr. Elliot—who at this point could be considered a lifelong racer—had a strong influence on his daughter. Not only did he introduce her to sledding (the sport she is becoming known for) but also got her into racing.

Starting out racing blown alcohol drag boats, he decided to calm down when his little bundle of joy came along and jumped feet first into the car racing world. A youth spent watching her father lay it out on the quarter mile, Elliott knew she was destined to follow in his footsteps. Skipping the junior dragsters, she started out in a 2008 American Dragster, the same car she still runs today. On her first pass she nailed 188 mph. Living in Edmonton allowed her to hit the quarter mile every weekend.

In one of those twisted turns of fate, a moment where life gets turned upside down, Elliott followed her gut instinct and moved back to Salmon Arm to be with her mother who’d been battling cancer for many years. The summer she moved back to B.C. her mother passed away.

There is no way to describe the loss of a parent. In Elliott’s words, “her world was turned upside down.” That coming winter she channeled all of her pain, anguish, grief and sadness into sledding. 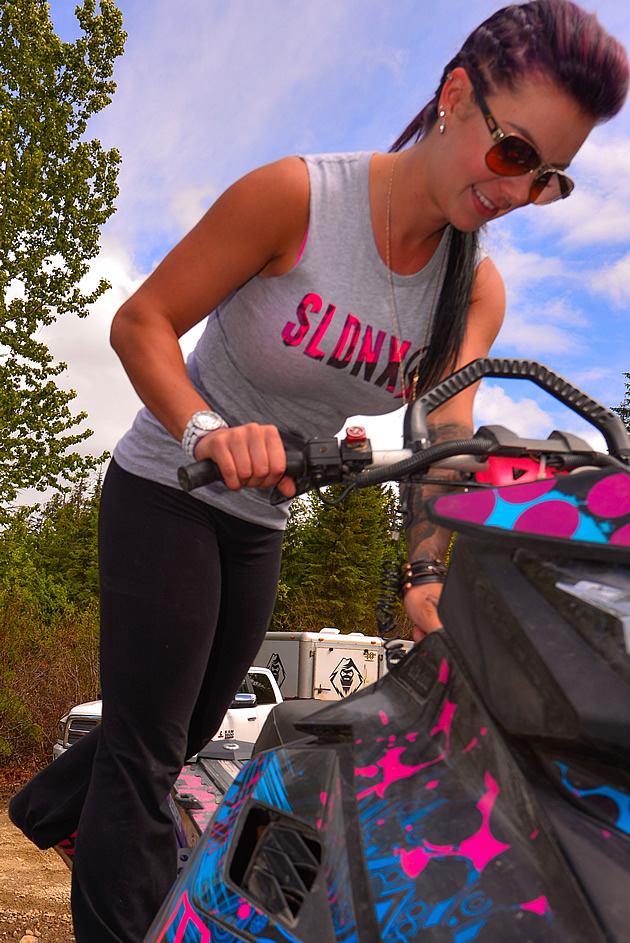 “Life isn’t always easy but it’s how you deal with things that makes you the person you are today,” she said. “I took all my pain and sadness and anger and I channeled it into sledding; if there is one thing I could say, it’s that sledding saved me. Sledding saved my life; when you feel like your whole world is crashing down, there is no better place than being on top of the mountain . . . .”

Like many (though Elliott is a bit of a rarity in that she’ll admit it), she was naive to the dangers of riding in the mountains. A typical day would find her pinned and trying to highmark the guys. These days, she has made a 180-degree shift and now not only is she doing everything she can to minimize her exposure to dangerous conditions in the mountains, she has been working towards the goal of becoming an avalanche instructor.

Good friend and regular riding bro Jeremy Hanke has influenced and inspired her to pursue avalanche education through his stories and experiences. The AST 1.5 course that Hanke operates through Soul Ride hooked Elliott; after completing it she wanted to learn more. Last winter, she completed the Avalanche Operations Level 1 course and now has her eyes on Ops 2. Wanting to help others through teaching the dream of holding riding clinics and instructing avalanche courses is coming closer to being a reality.

New kid on the Slednecks block 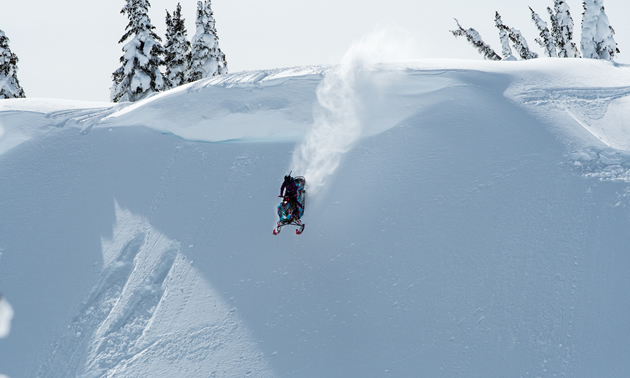 Riding over 100 days a season means she wracks up the miles, and it’s getting noticed. Last winter, she joined the Slednecks team. It could be said that after growing up watching all their movies and wanting to ride like them, it was a dream to have it come full circle and join their posse, adding filming to an already busy schedule of sledding.

It takes dedication to make it in the sled world and this extends to her off time. Summers in Sicamous mean days on the lake, grabbing a surf behind a boat or learning new skills on the wakeboard. If she’s not spending her free time on the lake, then she is probably hiking and dreaming of winter. There is a better-than-even chance that you won’t find Elliott doing any of these, though, as she works two jobs. During the week she puts in 16-hour days, promoting safety at a concrete plant and bartending in the evenings. These long days are hard but the pay off in the end is being able to take the winters off and immerse herself fully in the sled life. 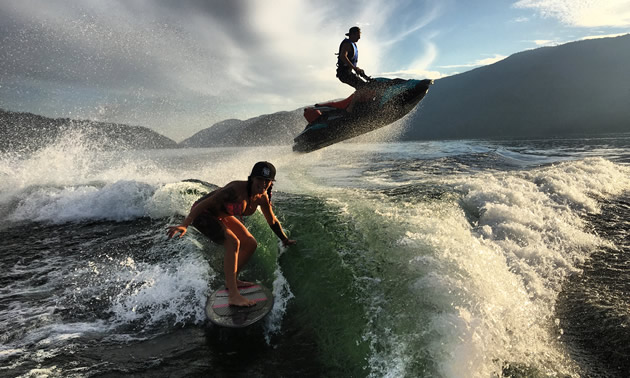 Shredding waves in the summer keeps her fitness and A-game up in anticipation of sled season. Savanna Lebons photo