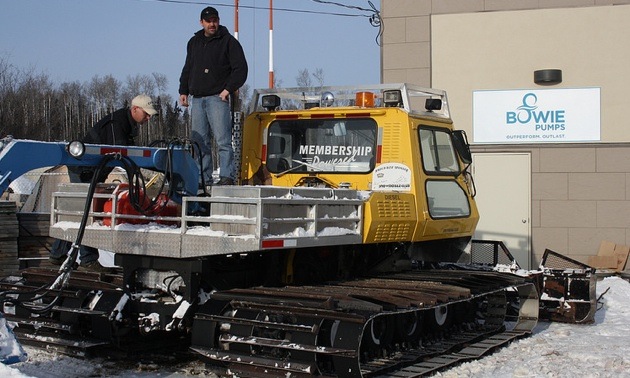 Photo courtesy of Wayne Wheeler. According to new club president Wayne Wheeler, about 60 kilometres of trail was groomed once the machine was repaired.

After struggling for years with an overheating groomer in need of repair, the Fort Nelson Snowmobile Club is back to grooming its approximately 100 kilometres of marked trails.

The club's new president as of December, Wayne Wheeler, has been busy getting the club back on its feet with a new groomer, a Facebook page and some all-season plans for the local trail system. Wheeler said that although he has been riding since he was a kid and has called Fort Nelson home for just over 20 years, he wasn’t involved with the club until recently, when past president Rick Seidel asked him to help out. He said his first order of business was fixing the problem groomer that had been keeping the club from properly grooming its marked trails.

“The head on the groomer was cracked and it overheated, and if it overheated then you had to sit for 30 or 40 minutes and let it cool down,” said Wheeler. “Then you might get another two or three kilometres out of it before you’d have to stop and do it again.”

He said that a night this January was the last straw.

“We went out to groom a three hour run, and it ended up being six hours by the time we got back,” he said. “You can’t go out and break down all the time. In order to sell memberships and have a good running club up here we need to have groomed trails, because there are lots of riders and lots of kids and families that go out. In order to get the club back on its feet it was time to get it fixed.”

Wheeler said the club had a mechanic take a look at the machine and ended up having to buy a new head for it.

To make the money back, Wheeler said the club will be putting on poker runs this season as well as planning drag races for next year.

Although admitting that the work is “ongoing” and “quite a bit,” Wheeler has no plans of slowing down when this season comes to an end.

“I want to start working on the trails that we have in the summer so that the dirt bikers and quadders can use them,” he said. “Our summer project is putting a loop around town so that kids don’t have to go up and down the streets (to get to the dirt bike track).

“I want to get it done so that we can get everyone out riding and enjoying the trails around town.” 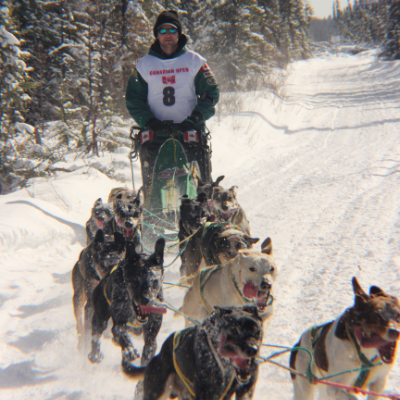 Fort Nelson, BC Everyone and their dog enjoys Fort Nelson’s extensive trail system

Wayne Wheeler, President of the Fort Nelson Snowmobile Club, has been busy implementing trail and shelter upgrades for the last number of years 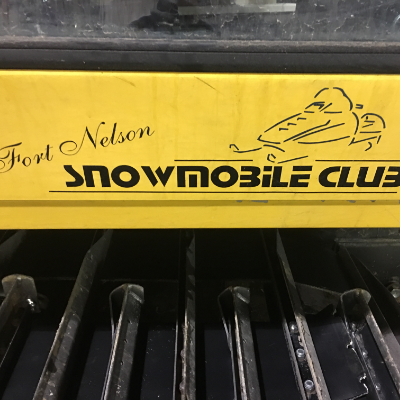