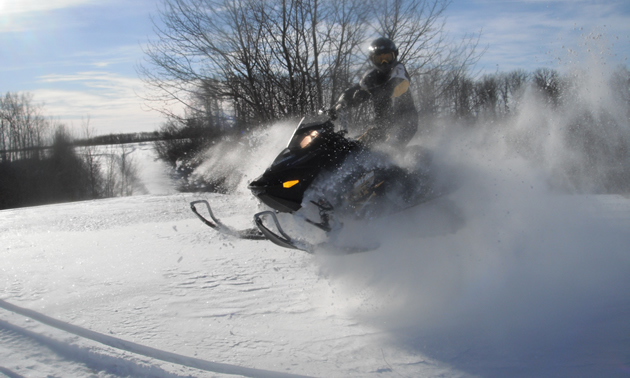 With the Trans-Canadian Snowmobile Trail (TCST) running through it, the town of Canora can be used to access popular riding destinations in east central Saskatchewan—places like Good Spirit Lake and Duck Mountain provincial parks. From Canora, sledders can even head north on the TCST and ride to Hudson Bay.

“From this central point, you are only minutes away from hours of enjoyment north, south, east or west—all on signed and groomed trails,” said Kristen Gabora, who is a member of the Trakkers Snow Club in Canora.

The Trakkers Snow Club maintains just under 80 kilometres of trails, and the club’s most popular trail is the one heading northeast from Canora to the Snow Palace (Trail 324B). As the name implies, the Snow Palace is one of the largest warm-up shelters in the area.

This shelter is also one of the busiest, since it is where members of the Trakkers Snow Club often meet up with members of the Prairie and Pine Sno Riders Inc. from Norquay and the Kamsack Snow Travellers from Kamsack. All three of these clubs groom and maintain their trails regularly; if you’re looking to do a little boondocking, though, there are some excellent off-trail riding opportunities near the Snow Palace.

Canora is one of the few areas where sledders are still permitted to ride across private land. With that in mind, please be respectful of landowners and their yards, fences, livestock and fall seeded crop.

Play in the park

From the Snow Palace, the Kamsack Snow Travellers’ trail takes sledders southeast to the village of Veregin and, depending on which route they choose, east to the town of Kamsack. From Kamsack, it is only a 15-minute ride to Duck Mountain Provincial Park.

The park itself contains 75 kilometres of groomed snowmobile trails, which wind their way through open fields, boreal forest and rolling hills. The park is also sprinkled with lakes, rivers and sloughs. Depending on snow conditions, the riding season can begin as early as mid-November, but in a typical year, there’s enough snow by mid-December for cottage owners to leave from their doorsteps. March can the best month for sledding in Duck Mountain Provincial Park, since there is typically plenty of snow piled up by then and the days are longer.

A popular hangout is the Green Lake warm-up shelter. This shelter, which is maintained by the Kamsack Snow Travellers, is located on the west park boundary—making it the ideal destination spot for families sledding from Kamsack.

The buzz >> “(Duck Mountain Provincial Park) is one of those places that always seems to get the snow, and it’s usually the early-season snow, which tends to bring a lot of traffic to our area,” said Nolan Hudye, a member of the Prairie & Pine Sno Riders Inc. in Norquay.

Trial maps, top snowmobile trails, club contacts and other useful information you can use before planning a snowmobile trip to Duck Mountain Provincial Park, SK 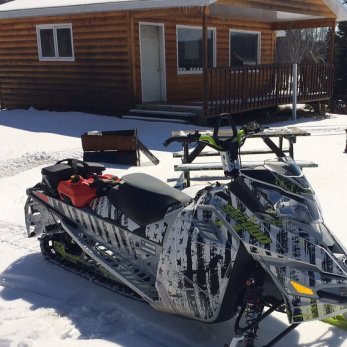