The Gold Rush Trail dates back to the 1850s when men followed the Gold Rush north to the interior of B.C. after the rush in California came to an end. Today, the Gold Rush Snowmobile Trail (GRST) follows the same route those gold-hungry pioneers travelled many years ago. The first section of the proposed 463-kilometre trail has been completed, spanning from 70 Mile House to eight kilometres south of Horsefly. The finished trail will stretch from Clinton to the Wells-Barkerville area. Although the GRST is one long continuous trail, there are numerous communities and trails intersecting it at various points with enough fun and adventure for any outdoor enthusiast to enjoy.

Eventually there will be more communities easily accessed from the trail, but here are three currently on the trail.

70 Mile House derives its name from its distance from Lillooet on the Old Cariboo Road in the 19th century. Lillooet was Mile 0. It was the first roadhouse stop developed to serve gold seekers heading north. Eventually some travellers decided to settle in the area, and although the original roadhouse burned down in 1956, snowmobilers will be able to find anything they need during their travels on the GRST today.

Getting there: The GRST can be accessed from Highway 97 right in 70 Mile House.
Parking: Parking is available in the community.

100 Mile House was originally known as Bridge Creek House after the creek running through the area until a roadhouse was constructed in 1862 at the 100-mile mark on the Old Cariboo Road, as you might have guessed. Today 100 Mile House has a population of approximately 2,000 and is the main service centre for the South Cariboo region. The town is the host of countless outdoor activities and has every amenity someone may need during an expedition of the GRST.

Getting there: The GRST can be accessed from the 100 Mile House Snowmobile Clubhouse just south of town at the end of Ainsworth Road.
Driving distance: 15 minutes or seven kilometres
Parking: Parking is available at the clubhouse.

Fun fact: The Horsefly River and Horsefly Lake were named after the masses of horseflies that greeted the miners who first came to the area. However, the village of Horsefly was known as Harper’s Camp until the 1920s. The first gold in the Cariboo Gold Rush was discovered in the Horsefly River in 1859. Today Horsefly has a population of approximately 1,000 and is a popular tourist destination. It is currently the most northern community of the GRST until the next section of trail is completed.

Getting there: The trail will be extended right to the town this winter and will be accessed at the Anvil Pub.
Parking: There are many places to park in the community itself.

The British Columbia Snowmobile Federation (BCSF) is hosting a commemorative ride along the GRST to celebrate 50 years of organized snowmobiling in the province. The ride will start on January 31, 2016, and end on February 8, 2016. More information can be found at http://www.bcsf.org 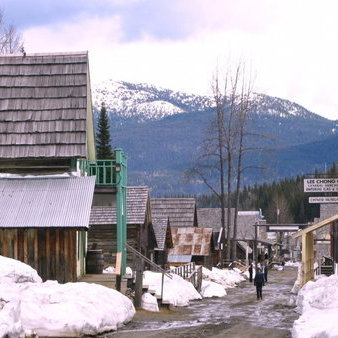 Trip planner: What you need to know before snowmobiling in Wells and Barkerville, B.C.

Trial maps, top snowmobile trails, club contacts and other useful information you can use before planning a snowmobile trip to Wells and Barkerville, B.C. 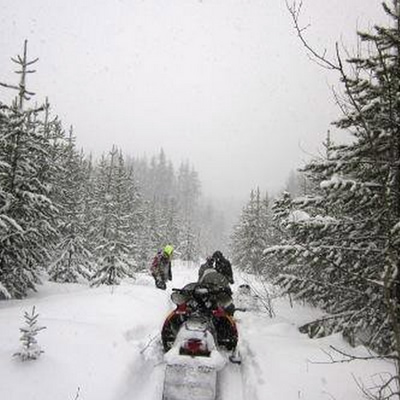