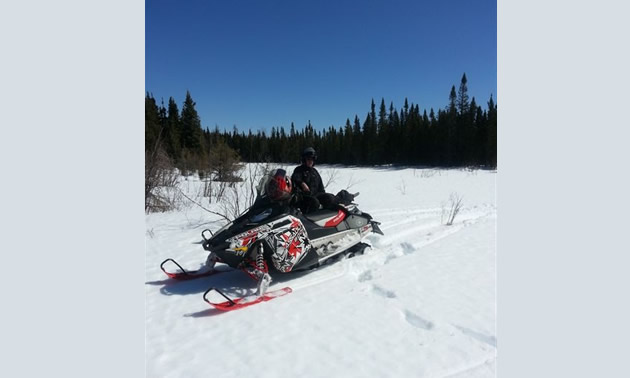 After snowmobiling for  47 years, Peter Lewellin knows what he's talking about when it comes to having a passion for the ride. Hudson Bay is the place he calls home and the Hudson Bay Trail Riders is his snowmobiling family. Riding in this part of Saskatchewan is a treat for the eyes and ears and offers amazing chances to get close to wildlife and enjoy the company of fellow sledders.

One of Lewellin's favourite rides takes place in January or February of each year.

"Although I enjoy riding groomed trails, once a year we try to make a trek from Leaf Lake down the Overflowing River to the Manitoba border, then back through low open meadows to Chemong, back to groomed trails and home," said Lewellin. "This usually takes place in January or February when the ice is safe and the snow is deep. The river winds for miles through willow flats, turning into spruce and poplar forest. It's a ride where you go hard, hang on at the sharp corners with lots of drifts to fly over and land in waist deep snow."

Lewellin usually does the trip with four to six of his friends. The ride includes a wiener roast along the river bank and they see lots of wildlife, including moose, deer and wolves.

"A round trip is about 100 miles, so even with extra gas you usually come home on fumes," he said.

Lewellin's last ride of the year last year was also a special occasion. On April 21, Lewellin and his friend Jim Kinch set out along Highway 210A from the Fir River Shelter.

"Fresh snow was falling and by the time we reached Dahl Lake Shelter there was five to six inches of new snow," said Lewellin. "On the way, there was not a track on the trail, just fresh powder. Due to the cool late spring, this was unusual, a bonus ride!"

Lewellin can't wait for the upcoming season. As a club member, he prepares for the season by clearing and signing trails. But when it comes to getting prepared as an individual sledder, he says, "I'm ready."

When it comes to riding in the Hudson Bay area, Lewellin invites everyone to come enjoy the diversity of the ride, from well-groomed forest trails to snow-covered meadows, and the chance to see wildlife in this amazing setting.

Favourite trail/riding area: Pasquia Hills north of Hudson Bay. "The scenery, wildlife and every trip is a new adventure. The trails are designed in a loop so you never have to come back on the same trail." 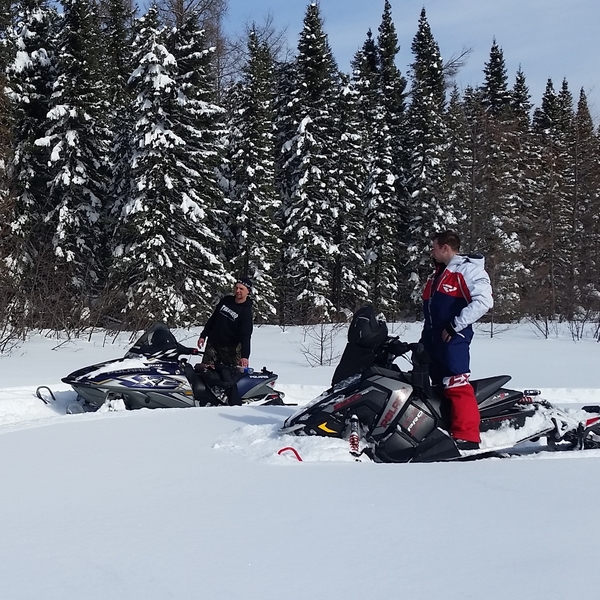 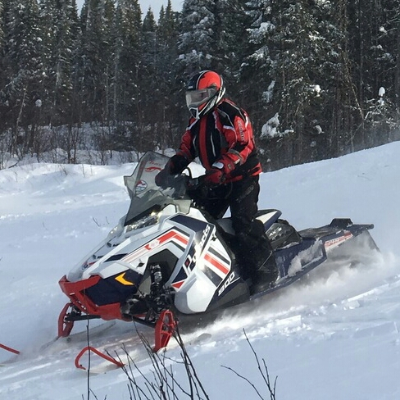 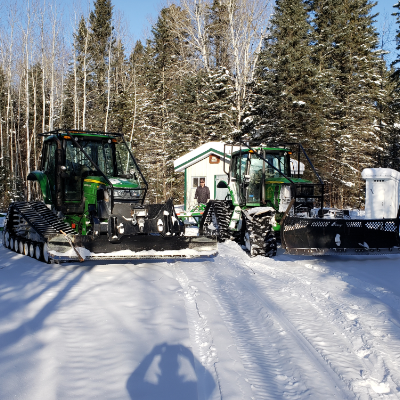