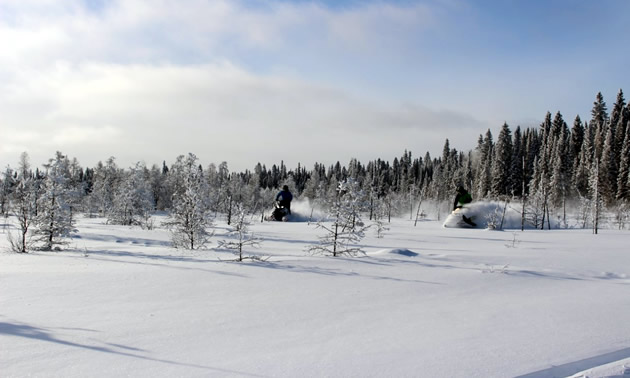 Snowmobilers in Saskatchewan and beyond should make it a point to ride Carrot River this winter. Why? Because this destination was recently voted the top SledTown in Saskatchewan for 2018.

A small town located in northeast Saskatchewan, Carrot River and the neighbouring communities of Arborfield, Zenon Park and Aylsham are connected by 260 kilometres of groomed snowmobile trails. All four communities are snowmobile friendly and provide trail-side amenities, including food, fuel and accommodation. The trail system also connects riders to Hudson Bay and the resort village of Tobin Lake, which is one of Canada’s top fishing hotspots.

But the highlight for many coming here is the Pasquia Hills. Characterized by rivers, lakes and dense forest, the Pasquia Hills offer extremely scenic riding and snow that is deep and often untouched.

When asked about his favourite place to ride, Jeff Cavanaugh, president of the Pasquia Snow Goers Club said, “I like to go right into the middle of the bush to the Bradshaw Mill Shelter and find old trails and fresh snow with no tracks.”

The Bradshaw Mill Shelter is the newest of the club’s four warm-up shelters; all, however, are in excellent shape and only a couple of years old. Each shelter is equipped with firewood, solar-powered lights and wood stoves. Winter in the Pasquia Hills can start as early as November, but grooming doesn’t usually begin until mid- to late December. 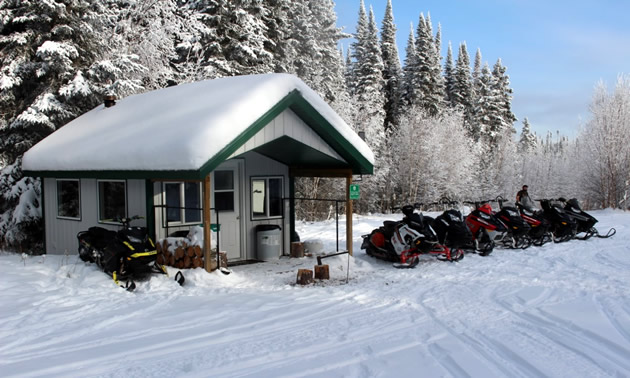 The Bradshaw Mill Shelter is located along the Trans-Canadian Snowmobile Trail, which runs through the Pasquia Hills, connecting the communities of Arborfield and Aylsham with Hudson Bay to the south and Nipawin to the north. Photo courtesy Jeff Cavanaugh

The club’s trail system is well-signed, pointing snowmobilers in the right direction. For the adventurous, though, there are many unsigned trails through the forest and old cutblocks to explore as well.

Thanks to a core group of volunteers, the Pasquia Snow Goers Club has been looking after the interests of local and visiting snowmobilers since 1991. Now, it’s up to the next generation who are graciously stepping up to the responsibility.

The town of Carrot River has also experienced an economic rebirth. Though it relies heavily on agriculture and forestry, the town has branded itself for tourism as “Saskatchewan’s Outback.” Along with snowmobiling, the area is a mecca for fishing, hiking, hunting and ATVing.

According to Cavanaugh, the exposure is validation for club members’ years of hard work and he said that it’s great publicity for the area.