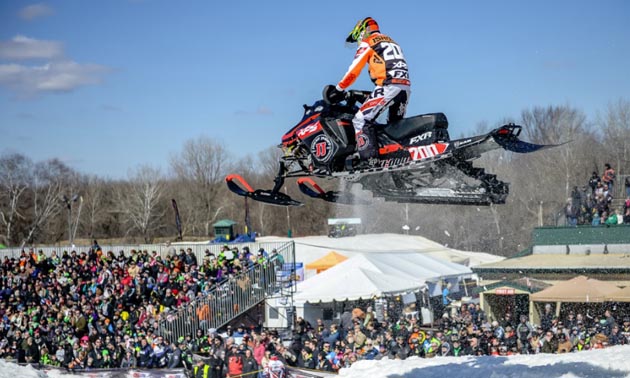 Ski-Doo Snocross racers finished off the ISOC snocross season in dominant style by winning races to leave no doubt about the season championships they earned.

Ishoel Finishes What He Started

From the season opener in Duluth, Minn., the points leader’s red plate has been affixed to Elias Ishoel’s Ski-Doo. It stayed there all the way through Sunday’s final round in Lake Geneva, Wis., where he captured his first ISOC Snocross Pro points championship along with a convincing win in the season finale.

The win on Sunday was the cherry on top of a sweet season for Ishoel. Injuries kept the Norway-native from all but a handful of races last season, and his all-or-nothing style was sometimes subject to criticism in racing circles. All Ishoel did this season was prove his critics wrong at nearly every round of racing with wins, podiums and consistent riding on nights he was less than stellar. He was dominant when it mattered most, closing out the season with three wins in the final five rounds of racing.

On the season Ishoel finished with five wins among 11 podium finishes. He and his BOSS Racing teammates and crew were honored with the “Team of the Year” award at season’s end as well. Ishoel also took home the Pirtek Performance Award as the fans voted him their favorite racer on the season – a nod to his highflying style on the track.

Adam Renheim (Warnert Racing) had a career best weekend that featured three Pro races, he took the checkers Saturday night after overcoming a get-off on lap 4 of the final. He rode fearlessly and timed his run through the joker lane to perfection on the last lap to hold off a hard-charging field to claim the top of the box. On both Friday and Sunday, he finished second – seems he likes the Lake Geneva track!

The Saturday win was Renheim’s third of what’s been a strong season for the tall Swede. He’s served notice to all his competitors that he’ll be one to keep an eye on next season with a fourth-place finish in the overall points standings.

Ski-Doo veteran Tim Tremblay (Warnert Racing) was a model of consistency throughout the season. Despite not winning a main event all season, Tremblay compiled enough points to finish third overall in the season points standings.

Aki Pihlaja proved to be an extremely strong racer in his rookie season as a Pro with two wins and the hard charging style of riding that established him as a legitimate threat every weekend.

Few riders have ever been as dominant as Hunter Patenaude (Scheuring Speed Sports) was the second half of the season. The Pro Lite rider claimed victory twice on the weekend to secure the overall Pro Lite season points championship – his first in the Pro level classes.

The Vermont-native never finished out of the top two in the final nine rounds of the season, taking six wins in the process. His biggest challenge came from fellow Ski-Doo racer Francis Pelletier (Warnert Racing) who seemingly went lap-for-lap with Patenaude as the season came down the home stretch. It was enough to help Pelletier finish second in the overall points championship despite missing the final race Sunday with a broken wrist, and also earn him the “Most Improved Rider” award at season’s end. Ski-Doo’s Max Taillefer finished a strong season in fifth place in the overall standings.

Ski-Doo Pro Am Women’s racer Megan Brodeur (Anderson Racing) had her sights set on defending her overall championship from the first green flag in Duluth. By the time the checkered flags flew for her in Friday night’s final, she had delivered on that mission, capturing her second consecutive overall points championship in winning fashion.

Over the course of the season, Brodeur delivered 11 wins, and she would never finish lower than second place in any final. The epic season for Brodeur was one of the most dominant ever at any level of ISOC Snocross racing, and her sights are firmly fixed on a three-peat entering next season.

Winning one overall championship in a season is tough. Winning three in one season is nearly unheard of. Ski-Doo’s Jordan Lebel (Boss Racing) did just that taking overall points titles in Sport Lite, Jr. 14-15 and Jr. 16-17 classes. And it wasn’t even close – no rider was within 30 points of Lebel in any class.

The BOSS Racing rider will surely be one to watch as he climbs up the ranks in future seasons. And Jordan’s siblings also look to be threats as Dylan Lebel took Transition 8-10 championship and Naeli Lebel won the Jr Girls 9-13 championship! 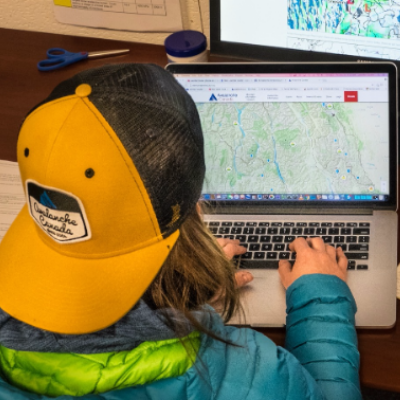 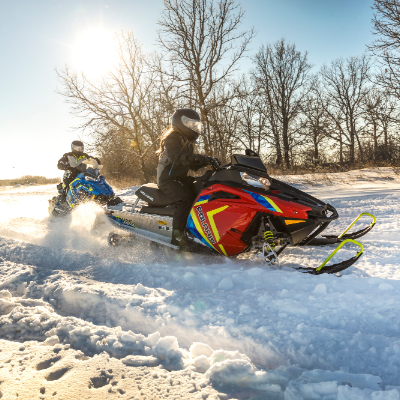