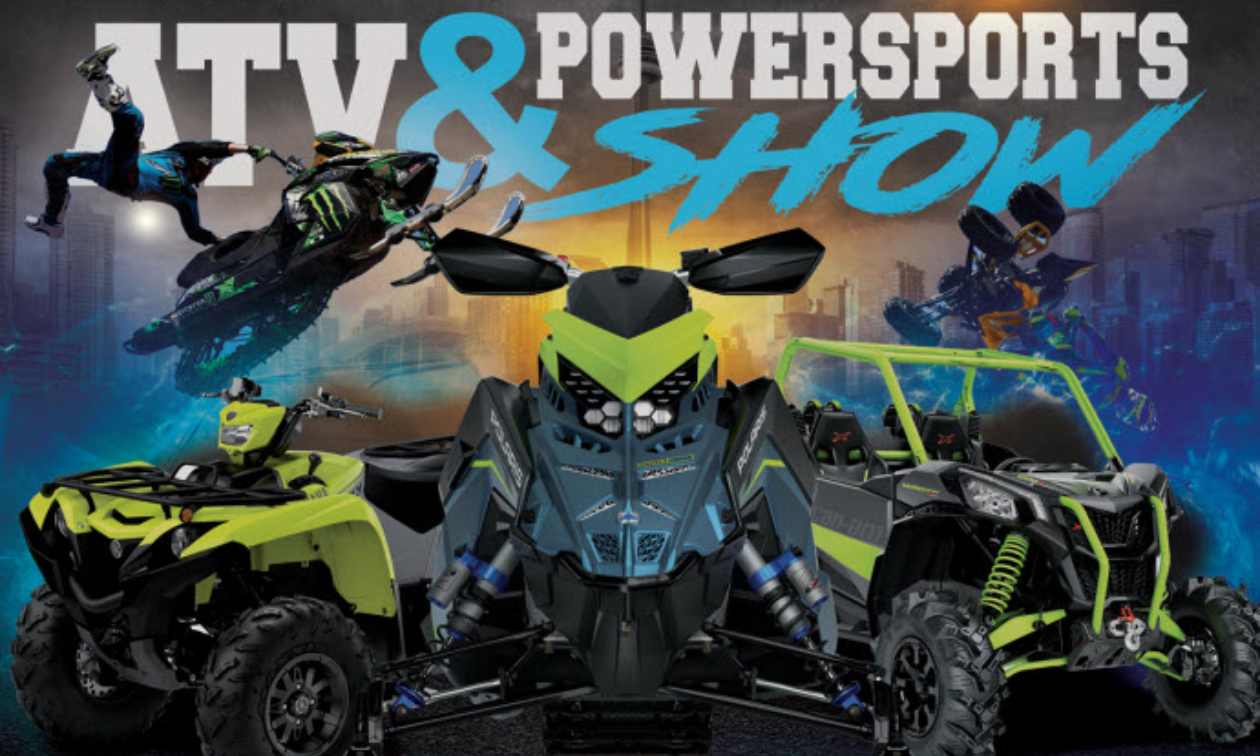 The largest show of its kind in the world!

If you’re into snowmobiles, ATVS and an all around Powersports enthusiast, this is the show for you. As soon as you step foot on the show floor, you’ll be blown away with the incredible roster of exhibitors and the feature events taking place around the show. The enormous Outdoors Event Centre has live test drives. Freestyle Shows feature snowmobiles, ATVs, motocross and street bikes. You’ll find huge Manufacturer Displays showcasing all of the new snowmobile and ATV line-ups. This show has more corporate manufacturer displays than any other snowmobile and/or ATV show across North America. All of the new machines under one roof, over one weekend.

The OEM’s are here! Arctic Cat, Can-AM, CF Moto, Cub Cadet, Hi-Sun, Honda, John Deere, Kawasaki, Kubota, Polaris, Ski-doo, Suzuki, Textron and Yamaha. All showcasing all the new snowmobiles, ATV's and UTV's. Come and speak with OEM representatives about their products and hop aboard each machine.

This is no sideshow, it’s a main event. Bigger and better than ever, check out the sickest, most electrifying Freestyle display in Canada. This thrilling snowmobile, ATV and dirt bike event leaves spectators tingling with anticipation of what these riders will come up with next. Crazy tricks, the most daring jumps, and the one that always has the crowd gasping for air . . . snowmobile, ATV and dirt bike backflips.